Rainsong: Welcome to another seminar here at the social club.

Rainsong: Our topic for the evening, is Lucid Dreaming. (And for logging purposes later, this is LECTURE72 )

Rainsong: Is usual, we’ll be discussing real-world stuff, rather than gaming, so if you’ve suddenly discovered you’re not in the Discord server you thought you were in, things might be a bit weird

Rainsong: Also, as usual, we’ll start with a friendly definition, to make sure we’re all on the same page, at least for the purposes of this discussion.

Rainsong: “Lucid dreaming” refers to dreaming during which you are aware that you’re dreaming.

Rainsong: Often, you can also take control of the dream, but not necessarily.

ceahhettan: None here. You addressed the one bit that I was going to say something, as that I’ve seen some places use being able to control it as the bar for it being lucid dreaming, but I think that’s more of a technicality and me being nit-picky than anything else.

Rainsong: Yeah, I’ve seen that “bar” set, also. And often. It’s not an accurate bar. If you know you’re dreaming and are aware that you are therefore asleep – even if you can’t do anything about it — you’re lucid dreaming

ceahhettan: Yeah. I mean, being able to do something is the next useful step.

ceahhettan: But I agree wholeheartedly that it’s not the minimum and not the bar.

Carmen: actually it’s not so much not being able to, it just doesn’t occur to you

Carmen: really? i’ve had the opposite

ceahhettan: So I would beg that it depends largely on the circumstances and the individual on that point.

Carmen: well, guess i learnt something 😀

Chirotractor: I seldom feel the need to control things when I’m lucid

ceahhettan: Again, that largely can vary as to individual experience. Also, some dreams may be harder to influence than others, or your sub-conscious may still be resistant because the dream is processing in a way that changing could interfere with.

ceahhettan: Lucid dreaming, useful for knocking yourself out of nightmares, if you can grasp the thread of lucidity.

Carmen: eh, I’ve ended up stuck in the nightmare, knowing it wasn’t real but still stuck in there

Carmen: I’ve also been trapped in a dream by an air spirit drawing me back in every time i was about to wake up and dilating dream time

Carmen: sorry.. may have interrupted the thread of the lecture, @Rainsong ?

ceahhettan: (Just as much my fault. Anyway.)

Rainsong: Not to worry. Let’s take an informal discussion approach to this evening’s topic.

Rainsong: You can dilate time in your dream, yourself, you know.

Rainsong: Or, rather, it’s possible to do

Carmen: mmm, one of the reasons I’m keep to develop the skill

ceahhettan: Makes sense, yes. One of the things I used to do when I got that thread of lucidity when I was dreaming was then manifest a VCR remote (shush), with which I’d pause or slow down the dream-time.

ceahhettan: I don’t even know what it is other than assuming–

ceahhettan: Anyway that was probably fifteen years ago now.

ceahhettan: I eventually stopped with the visualization as it became less necessary. 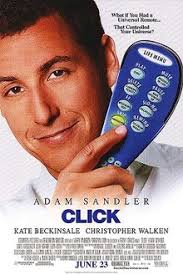 Rainsong: Visualizations like that are useful, especially for letting your subconscious know what “you” want it to do.

ceahhettan: Yeah. Repeated practise makes it less necessary depending upon, but the usefulness is part of why I brought it up. It’s a good place to start.

Carmen: time turner for me if i get the chance… heavily modded

Rainsong: It’s not so different from showing a young horse that you want him to step over the poles on the ground, early in hunter-jumper training, if he hasn’t seen the other members of the herd do it. Let him know what you want, in clearly demonstrated terms, and there is less frustration for both of you

Rainsong: Sure, a time turner would be appropriate

Carmen: Oooo or a console like in sao. I bet if you’re into coding hacking a dream would be perfect

Rainsong: It may sounds cheesy and stupid, but directly telling yoruself that you intend to adjust the speed of your dreams by, for example, using a time turner during your dream, can in fact help you accomplish exactly that.

Rainsong: Best time to tell yourself such things is typically while you’re in process of falling asleep or right as you’re waling up… in the morning, during the night, etc

Carmen: or getting in the habit of just talking to your subconscious in general

Rainsong: Or, go the old-fashioned route and use self-hypnosis.

Rainsong: Indeed. Having a good line of communication open between the various “parts” of the mind is a good thing

Rainsong: Any other questions or commentary about lucid dreaming?

Rainsong: If you’re into telepathic stuff, you can use lucid dreaming as a sort of conference call

Carmen: well how do you do it was my main question? i know writing down dreams and periodically checking if you’re awake, but beyond that i have no idea and my lucid dreams are very few and far between

ceahhettan: I’m sitting here pondering the pathway to use to maybe use lucid dreaming as a route to work on night terrors, but that’s a little more involved and such, and so anyone else’s shit can come first. Let’s start at the beginning, hm.

ceahhettan: I mean, one of the biggest parts is again the same sort of repeating to yourself at night as you’re falling asleep, “tonight I will lucid dream”, etc.

ceahhettan: (I’m gonna step back and take a phone call– Shabbat is over on the east coast and I have to start checking in with folks. @Rainsong, if I don’t make it back, thank you for the lecture!)

ceahhettan: (Or, well, “over”, since it’s not sundown yet, but some less observant folks will be using phones again especially given the events of the day. I’ll try. I’m… angry, but that’s for somewhere else than the middle of a lecture.)

Carmen: kay, so all the power here is with the sunconcious

Rainsong: That is the case, yes.

Rainsong: Some people use special music recordings, and also keep some kind of object they can “check” periodically to see if they are awake.

Rainsong: Typically they choose something with complex writing or symbols on it, because many people have a hard time holding text and numbers steady in dream visuals.

Rainsong: For those who don’t, this is not as useful

Carmen: yes, but even if i leave posit notes all over my house with “are you awake” on them it won’t help because they won’t be there in the dream

Carmen: and if i ask the same uestion enough it just becmes rote and therefore useless. i write down my dream checks but ill usually look back and not remember writing most of them down

Chirotractor: Comes back when youre sleeping again sometimes

Rainsong: Unfortunately, other than offering the usual suggestions for facilitating it, I’m not likely to be able to give any really useful advice on getting lucid dreams to work. I’ve always just had them.

Rainsong: Quite. And there are enough folks in the community who do it, someone else might be able to offer advice that might be more useful

Carmen: I think I just need to do it, rather than hoard advice at this point

Carmen: but thank you for the lecture, i did learn

Rainsong: Thanks for participating

Chirotractor: The yoda advice comes in handy i think

Chirotractor: You can get so much more caught up in trying than doing

Carmen: trying is just the wool gathering before you do it

Carmen: same as worry, but before you don’t do it

Rainsong: Any further comments and/or questions?

Carmen: none from me

Rainsong: Thanks for participating in the discussion, everyone 🙂

Raggiedmon: a intresting thing to try before sleep is awake dreaming, basicly lay there an make up a story line while yer getting to sleep, sometimes for me at least that storyline ends up being a dream that night

Raggiedmon: its not lucid dreaming but can lead to fairly cool dreams

strider: I used to do that all the time as a kid. Of course it was usually just falling asleep during a daydream lol.