Rainsong: Good evening, ladies and gentlemen.
Welcome to another psionics seminar here at the social club.

Rainsong: Our topic for the evening is remote viewing (specifically, the formal military stuff), and we’re on part 6 of the current remote-viewing series.

Rainsong: Are there any questions or comments arising from the previous five RV seminars?
(And, indeed, is anyone participating tonight?)

AKA: I’m in
I’ve never done one before tho Sorry

Rainsong: No need to apologise.

Rainsong: Remote viewing is fairly “information dense”, so if you haven’t read the earlier sessions, some things will probably be a little confusing.

Rainsong: Of course, if you’re the only student here, it might be more practical to review some more basic parts of the skillset.

Rainsong: Do you know what remote viewing is? (As always, “no” is a perfectly legitimate answer.)

AKA: kind of
Isnt it seeing in your mind a remote object/location ? It has happened to me but never by trying to induce it directly

Rainsong: You have the right idea. You’re thinking of the less formal use of “remote viewing” to mean simply “clairvoyance” / “farseeing”

Rainsong: For our purposes in this seminar series, we’ve been using the more formal military use of the term, meaning a set of protocols inside of which clairvoyant and intuitive data is recorded

Rainsong: To be very clear, however, military remote viewing is not necessarily superior to any other use of clairvoyance. It’s simply one type of use.

Rainsong: Questions or comments so far?

Rainsong: What would be of most interest to you at this point? Deliberate induction of clairvoyance? History of remote viewing in the American military? Something else?

AKA: what would you consider is most fundamental ?
I’m more curious about the practice itself.

Rainsong: Of clairvoyance generally? Or this use of it?

Rainsong: For that, I’d consider the most fundamental aspects to be bringing the data to conscious awareness, and quieting (or distracting) the mind enough to do that.

Rainsong: Such evidence as we have seems to indicate that most people pick up clairvoyant and intuitive data on a pretty regular basis, but that almost all of it gets drowned out by the “louder” sensory data that’s also coming in all the time.

Rainsong: The bulk of even the regular sensory stuff is filtered out, to avoid swamping you.

Rainsong: One of the exercises I usually start people on is to have them imagine a blank artists’ canvas or a whiteboard, or some similar item, as clearly as they can. (It’s not nearly as easy to do as it sounds, so don’t be alarmed if the imagined version isn’t very clear)

Rainsong: Would you like to give that a try?

Rainsong: (“No” is perfectly acceptable here, too… Nobody is required to actually try any of the exercises in class, no questions asked.)

Rainsong: Some people like to use a physical piece of blank paper, or a dull surface. Or a shiny one, for that matter: bowls of inky water and balls of crystal have a reasonably long history in scrying.

Rainsong: When you have an imaginary background, ask yourself, “what is the target item Rainsong is thinking of?” and wait to see if/when anything appears on the canvas/whiteboard/whatever.

Rainsong: For most people, the impressions will be fleeting and partial and unclear. And that’s okay.

Rainsong: Interesting… Can you describe the impressions you got?

AKA: I might need to focus on this a bit more First I saw something that looked a bit like a sideways chair And then something spinning

Rainsong: The actual item is a juggling cube, that looks roughly like this.

Rainsong: Because the impressions are often indistinct and fragmented, it’s useful to actually describe what you see with just adjectives and drawings.

AKA: thought it was this 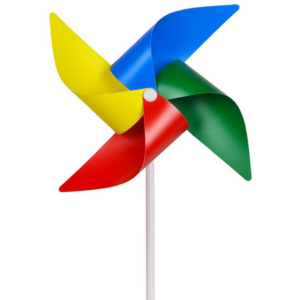 Rainsong: The fragmentary nature of most clairvoyant impressions is the reason for the various sets of remote viewing protocols, by the way

Rainsong: Would you like to try a second one? Same way?

Rainsong: Not a problem. Everyone has different strengths and weaknesses as to what they pick up, on different sets of data,

Rainsong: It’s worthwhile to just ask yourself: “What colours?” (Or “What shape?” or “What smell?” or, if you’re doing stuff with playing cards, “How many pips?”)
If you don’t get any colours, that’s okay, too

Rainsong: Are you ready for the rough sketch feedback?

Rainsong: It’s a small pink catnip mouse made of felt

AKA: I was about to say I see pichu
??
wow
I was so far from getting that
hahaha

Rainsong: Everybody misses sometimes, no matter how skillful they are. Don’t worry about that.

Rainsong: There is a symmetrical and textured face on the mouse toy, though.
I sketched it from the side. It’s symmetrical from the front.

Rainsong: Your imagination will fill in details, where the real data is missing. (That’s also something the various protocols take into account)

AKA: that pichu was strong but I thought it was from playing too much smash

Rainsong: If you have a deck of playing cards, drawing a card face-down, and asking yourself “how many pips?” is a handy exercise you can play just about anywhere. It’s especially good for passing time at the airport or train station…

AKA: none, you’re very clear

Rainsong: It’s also useful practice to take a moment to notice the change in “feel” between rooms or between a room and hallway, or hallway and outside, or whatever, when you go through a door.

Rainsong: At first, don’t try to describe the differences. Just notice them.
(sorry… my connection seems slow at the moment)

Rainsong: Thanks for participating 🙂

Rainsong: Unless otherwise listed, all seminars are open to anyone who wants to attend, regardless of whether they’ve attended any previous ones, as long as they are reasonably polite. The general rule about not requiring anyone to do any of the “hands-on” exercises stems from the fact that some psionic activities have physical risks. It also stems from the fact that we don’t require folks in the community to be experienced in any kind of energy work. The “merely curious” are welcome, too… again, as long as they are reasonably polite.

Rainsong: I should point out that this isn’t a kids’ channel, but there are some teenagers in the community. So we keep things more-or-less PG-13, unlike many magic-related communities

Rainsong: (That said, there are complaints that we aren’t “supportive” enough, and that probably won’t change in the foreseeable future.)